How Barcelona can be a city for living & tourists

Have you ever been to Barcelona? Have you ever thought about visiting it?
[I fell in love at first sight!]
It’s a colorful, lively city and it’s full of very interesting initiatives and events.
A perfect place to meet new people and challenge your knowledge and skills.
I’d like to explain to you, why Barcelona is the perfect city for vacationing with friends and reasons to consider a permanent move.
Now, come with me, and let’s be amazed together!

Barcelona as a place for tourists!

If you are in Barcelona, there are dozens of exciting attractions to visit.
Places you shouldn’t miss in this historic city are all relatively close because this historic city is well organized. First, a trip to Barcelona is not complete, if you haven’t walked along the Rambla. This ancient road, 5,300 feet long, connects “Plaça Catalunya” to the ancient port, Port Vell. It’s a beloved place for both tourists and inhabitants of the city. Rambla consists of five main avenues, daily street artists’ venues, interesting events, and unique cafés where you can make a sweet stop.

Second, remember to visit the Sagrada Familia. It’s a masterpiece of architecture and a symbol of the city, this incredible Catholic basilica will leave you speechless. It’s the most visited monument in Spain, due to its beauty and its very particular history. [Its construction began a long time ago, at the end of 1800 and … it is not finished yet! The end of the work is in fact scheduled for 2026 but no one can precisely say when and how the work will appear once completed.]
The outside of the Sagrada Familia is globally recognized but don’t forget to book a guided tour to see the inside.  Welcoming you will be an explosion of colors and an unreal atmosphere that you’ll never forget.

The Catalan architect,Antoni Gaudí, known in Barcelona for his characteristic works, has carried out construction of the Sagrada Familia.
Gaudí designed the very distinct city park, Parc Güell. It’s located in one of the highest parts of Barcelona with a unique architectural structure. Get lost amongst the statuary trees and colorful mosaics as you admire one of the most beloved works in all of Spain.

But if you want to admire Barcelona, with a 360 ° view around you, mark your to do list, with a unique visit to the Búnquers del Carmel.
This is a very important historical site because there are some bunkers that were used during the Spanish Civil War.

Catalan Gastronomy and its deliciousness.

Barcelona is popular for its Catalan cuisine where there’s always a combination of different dishes.
Now, if you are in Barcelona, you should really try these three traditional dishes.
First, the famous tapas. Universally loved, it consists of a series of various preparations, usually consumed as an aperitif or as an appetizer. There’s a long list of ingredients: olives, tomatoes, anchovies, cheese, octopus or meat, and it pairs with a glass of wine. Another typical dish in the city, is the calçots. Served roasted, they’re a local variety of onions accompanied by special sauces. Traditionally you eat it by hand.
Finally, don’t forget to taste the most famous Barcelona pepperoni, ​​the fuet, made from pork meat. There are different varieties and the taste is delicious.
But beyond the traditions, Catalonia is a land that certainly renews itself.
We have the starred cuisine of Ferran Adrià Acosta, and Joan Roca i Fontané. These two very famous chefs work in Catalonia and serve nouvelle cuisine dishes, inspired by local tradition.

If you are in Barcelona and you want to experience the real street food of this city, then I suggest you to go to Carrer Blai, Poble Sec district, or Carrer del Parlament in Sant Antoni. There, you will find dozens of small cafés that serve typical aperitifs, lunches and dinners throughout the day.
Moreover, these last two places are very close to the position of our Coworking place, so you could consider them for a lunch break or to visit us after a good aperitif.

Sport: The city of the infamous Futbol Club Barcelona

To encourage the tourism in Barcelona, there also is the famous football team, FC Barcelona, one of the strongest teams in Europe. It’s this team, that proudly plays one of the most famous football players of the world, Lionel Messi. If you’re a sports fan you must put a visit to Camp Nou on your to-do list. This famous city stadium hosts the Champions League matches making it a top destination for thousands of tourists every year.

Barcelona as a city for living

Barcelona isn’t just an attractive tourist destination, it’s increasingly becoming a state of the art place for quality of life  and welcoming people who decide to move here to start their own business, or to look for a job.
This city has considerable advantages regarding the most diverse issues.
Home to many famous events, it’s an important and well-known, international place.
Luckily, public transport is one of the most functional in Europe. Barcelona’s transportation includes bus, metro or train. Connecting the city perfectly, they’re readily available at any time of the day. The Sants station, for example, is one of the most efficient stations in Spain. In addition, close to the main stations and metro stops, a car sharing service, called Bicing, is available; it has more than 150,000 subscribers and works very well.

Barcelona is a very technological, fun and socially innovative city.

It’s a smart, intuitive and youthful city where everyone’s projects can find a way to become reality. There are world famous music festivals such us Sonar and Primavera Sound. These festivals attract thousands of young people ready to have fun around “Barna”. 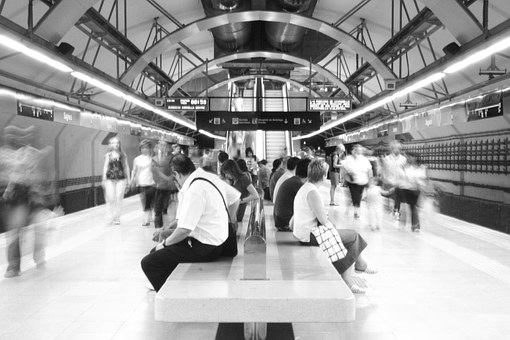 Barcelona as a technology hub

Last but not least, many events are also related to business, technology and the digital world. The most important is, without a doubt, the Mobile World Congress, a big annual event that counts the presence of the most important high tech brands in the world. Every year they present their innovations to the market.

In Barcelona, it’s this focus to the future that allows for the existence of many independent workers or freelancers who use Coworking space to meet other people, develop their project and put their work into practice, with dedication and a lot of passion.

That’s Barcelona and it also offers: an ideal place to lead a peaceful life, surrounded by majestic architecture and nature. With plenty of amazing neighborhoods such us Gothic, Born or Barceloneta, you can get inspired in different and creative ways. It’s a very versatile city, where anyone can find what they need: stimuli, friends, colleagues or ideas.

It’s the perfect example of an art city that has also become a symbol of economic and social development. It’s well suited to become a home for anyone who wants to pursue and, above all, achieve their goals.